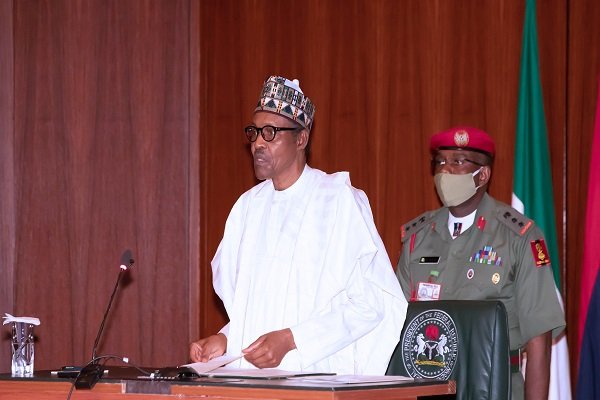 The Christian Association of Nigeria has asked President Muhammadu Buhari to fix the country’s security challenges or resign.

The Christian body made the demand following the recent killings in Jos, Plateau State of about 30 persons.

CAN said Buhari’s Government should stop paying lip service to the unending killings in the country.

It said the Federal Government should either “fix the security challenges or throw in the towel.”

In a statement on Saturday by its General Secretary, Joseph Bade Daramola, CAN said until the government showed the political will by arresting and bringing culprits to book, the shedding of innocent blood would not cease.

It said the police and the military should be tasked to wake up to their responsibilities before the criminals turn the country into another Afghanistan.

It also suggested that the government should make haste to institute state police now, adding that some states like Kano have religious security outfits that are being used to enforce their laws.

The statement by Daramola said: “We don’t want to believe the thought of many that it is either the government has sympathy for those criminals or some of its top functionaries have sympathy for the terrorists, bandits and murderous herdsmen.

“The security architecture has collapsed and the evidence is the unending killings, kidnappings and other criminalities and we call on the federal government to wake up to its primary responsibilities.

“We don’t have to remind President Buhari that it is his responsibility to protect lives and property of the people under his watch irrespective of their religious, tribal and political persuasions. This we are yet to see.

“Nigerians are still waiting for the disclosure of those who are financially supporting terrorists as promised by the federal government.”

While condemning the recent killing of about 30 people in Plateau State, CAN said stopping the killing of the innocent citizens by criminals cannot be done by merely issuing press statements or holding periodical meetings with the security chiefs by the President.

It asked the Federal Government to stop recycling terrorists through the so-called deradicalisation and rehabilitation of criminals.

CAN further said it was alarmed by the statement of President Buhari describing the motive behind the criminality as “religious persuasion”.

It said: “This is the first time that the federal government will make this type of assertion.

“Whenever CAN cries out against the killings of its members, the government always rises up to condemn us telling us that the terrorists and bandits that are killing are not targeting any religion but innocent people irrespective of their religious affiliations.”