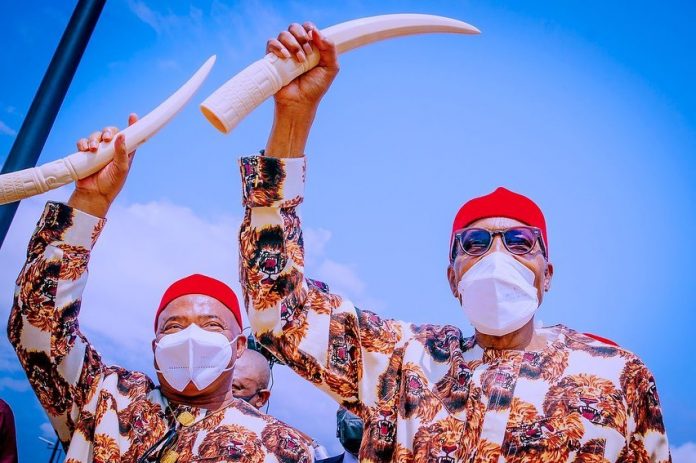 President Muhammadu Buhari left many bewildered during his recent visit to Imo State with a witty remark in the closing line if his speech.

The visit was married by empty streets as Imo people obeyed a directive by the Independent Peoples of Biafra to stay at home and shun Buhari’s visit.

The sit-at-home was also observed in other South-East states.

Buhari later met with Igbo leaders during which he repeated his worn line of desiring to work with the South-East.

His last line, however, left the audience shocked though they responded with laughter.

The video after the cut: