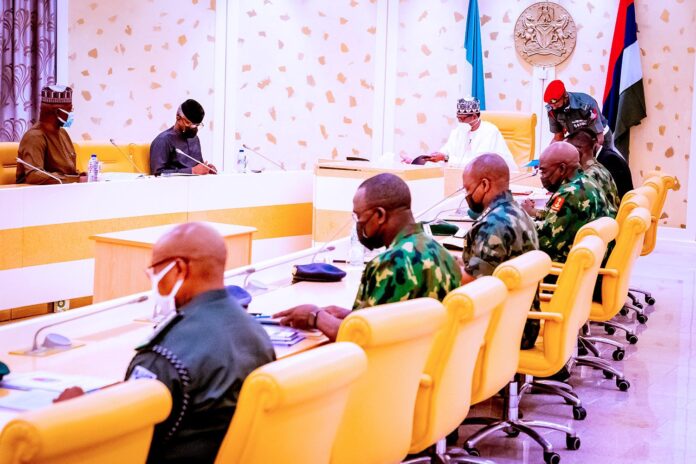 President Muhammadu Buhari, Vice-President Yemi Osinbajo and the service chiefs met on Tuesday to discuss Sunday night’s attempt by unidentified persons to rob the official residence of the Chief of Staff to the President, Prof. Agboola Gambari.

However, he and Osinbajo met with the security chiefs on Tuesday.

Also in attendance are the Secretary to the Government of the Federation, Boss Mustapha; National Security Adviser Gen Babagana Monguno; ministers, service and intelligence chiefs.