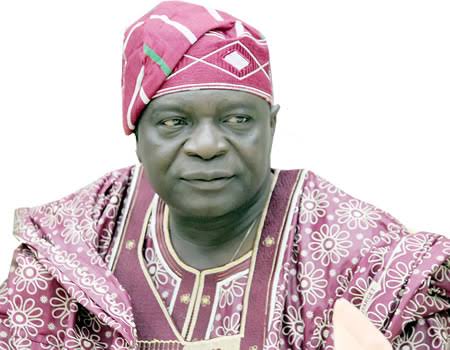 The two governors are one of his predecessors, Otunba Adeniyi Adebayo, and an erstwhile governor of neighbouring Osun State, Olagunsoye Oyinlola.

In the message to Adebayo, who is the Minister of Industry, Trade and Investment, Otunba Adeniyi Adebayo, Fayemi in a statement by his Chief Press Secretary, Yinka Oyebode, described him as a quintessential gentleman, leader, Omoluabi par excellence and a special gift to Ekiti and Nigeria.

The Governor credited Otunba Adebayo with laying the foundation for the growth and development of Ekiti State upon which other successors are building.

Fayemi described Otunba Adebayo as a reliable and amiable leader who is always available anytime his counsel is needed, noting that the ex-Governor has mentored many leaders who have contributed to the development of Ekiti and Nigeria.

He noted that Otunba Adebayo displayed uncommon ingenuity during his tenure as Ekiti helmsman and bequeathed iconic legacies to the state despite paucity of funds that was a major challenge to the administration.

According to him, the former Governor displayed uncommon passion for development, led by example, gave a true definition of good governance and was an ambassador of the famed Ekiti integrity, honesty and honour.

Describing Otunba Adebayo as a committed and loyal party man, Dr. Fayemi said he was not surprised that the All Progressives Congress (APC) found the former Governor worthy to be elected as the Deputy National Chairman (South), in addition to other national assignments he has undertaken before becoming a minister in 2019.

The Governor said the people of Ekiti are proud to have Adebayo as the Minister representing the state in the Federal Executive Council (FEC) hailing his impact in attracting investment to the country.

“On behalf of my wife, the Government and good people of Ekiti State, I wish my brother, the His Excellency, Otunba Adeniyi Adebayo many happy returns of the day in good health and undiluted joy. You remain our pride in Ekiti.” Fayemi said.