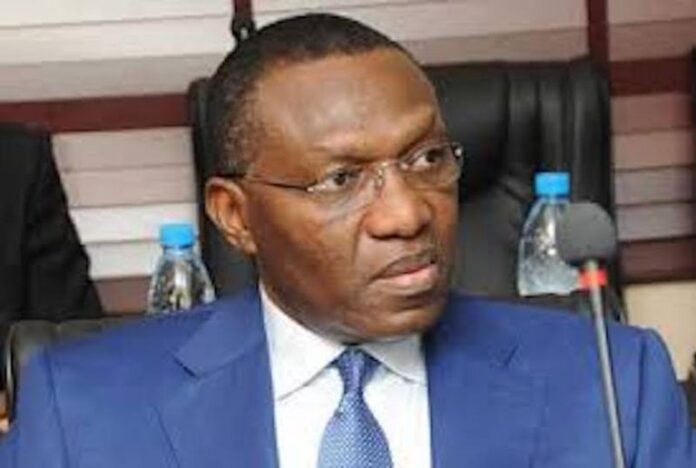 John Lennon, the famous British singer, of the Beatles fame must have forseen the future when he many years ago penned down the immutable lines: “There’s nowhere you can be, that isn’t where you’re meant to be.”

These lines succinctly speak true of the contemporary times, especially at it relates to the November 6, 2021 Anambra state governorship election.

As the day draws near, one person for whom the above prophecy profoundly speaks about is the candidate of the All Progressives Congress(APC), Senator Emmanuel Andy Uba.

In deed, as my dear state, once again, returns to the national and international spotlight, many observers may be wont to describe the coming election as the ‘battle of titans’, on account of the diverse criteria already set out to adjudge the candidates and their political parties.

The interest in the coming election is understandably widespread, not only because Anambra state, geographically, is the gateway into Igboland, but also given the realisation that politically and otherwise, the state has somewhat become the barometer with which the rest of the country gauge trends and developments among the Igbo.

Fondly referred to as ‘The Light of the Nation’, Anambra is truly blessed in every sense of the word. Rich in culture, fertile for agriculture and populated with people of great ingenuity in commerce, literature, science, sports, leadership and entrepreneurship, Anambra metaphorically shines the light into the Igbo heartland.

These included the late Dr. Nnamdi Azikiwe and Dr. Akwaeke Nwafor-Orizu, both at different times, President of the country and Senate President, respectively.

They later had younger contemporaries in the late M.C.K Ajuluchukwu, Mbazulike Amaechi, Igwe Osita Agwuna and Dr. Okechukwu Ikejiani – young idealistic Anambrarians who at the time sustained the fire of Nigeria’s nationalism.

Even after independence, when the ship of the Nigerian state apparently left no room for the Igbo, the task of charting the path for self-actualization of the people through the instrumentality of the People’s Republic of Biafra, fell on General Chukwuemeka Odumegwu-Ojukwu who also hailed from Anambra State.

At the height of the civil war, when the federal authorities were looking for an administrator for the then East Central State, they settled for late Ukpabi Asika, from Onitsha, Anambra state.

Also in the Second Republic, when the position of Vice President was zoned to the South East by the defunct National Party of Nigeria (NPN), Dr. Alex Ekwueme, from Oko, readily became the choice; while Edwin Ume-Ezeoke, also from the state, emerged as Speaker of the House of Representatives.

During General Ibrahim Babangida’s political transition programme, Agunwa Anaekwe, yet another Anambra son, was to emerge as Speaker of the House of Representatives.

Furthermore, no one can forget in a hurry the fact that the late Dr. Chuba Okadigbo, from Ogbunike, is perhaps the most charismatic person to have served as Nigeria’s Senate President in contemporary times.

Away from core politics, Anambrarians have also excelled in arts and literature. Recall our daughter, Chimamanda Adichie who has continued to sustain the fire of excellence handed over to her by literary icon, the reverential Chinua Achebe.

Sorry to, perhaps, bore you with this widely acclaimed analogy; yet, the essence is to underscore the fact that Anambra has overtime, made Igboland and Nigeria proud by the uncommon exhibition of excellence in leadership.

And as another opportunity to make Anambra and its hardworking people proud comes around, current realities jump to the fore.

Anambra’s forthcoming governorship election is essentially about whether the people desire a reconnect with the Centre, as represented by the APC, or are destined to remain in the cocoon of political isolationism, as foisted by the receding All Progressives Grand Alliance, APGA, which some flustered citizens derisively renamed, Aguleri People’s Grand Association(APGA) – in obvious reference to the outgoing governor’s nepotistic tendencies.

In his place, who then does the bill fit to deliver meaningful leadership that will prioritize the good and overall interest of the people devoid of razzmatazz, rhetorics and political blackmail? The APC’s Senator Andy Uba aptly fits the bill.

Therefore, fellow Anambrarians, we must get it right by choosing right this time. We must not bat an eyelid in chosing a candidate that will embrace the whole of Anambra as a primary constituency and propagate equity through government policy and development strides across the state.

While all the parties have chosen their candidates based on what they consider as their strategic card, my party, the All Progressives Congress (APC), has started the smart move of leadership selection by presenting Senator Andy Uba, a level headed, pragmatic and well connected development strategist as its flag bearer.

Strategically wired into Nigeria’s power loop, Senator Uba’s patriotic ‘Anambra First’ stratagem is a sure banker that would readily address the current feelings of alienation.

As a journalist and politician with remarkable exposure, I know for a fact several salient steps Senator Uba took in his privileged position as a close aide to former President Olusegun Obasanjo, to project many Anambra indigenes, including of course, Prof. Chukwuma Soludo, former governor of the Central Bank of Nigeria; former governor and current Minister, Dr. Chris Ngige; Chief Osita Chidoka, former boss of the Federal Road Safety Corps, and a host of others to the exulted positions they held at the time.

Beyond his leadership recruitment acumen, Senator Uba has, remarkably, designed a blueprint of robust all-round development in Anambra that is hinged on peace and security of Anambra and its people. A business hub, Anambra will not have a meaningful development and businesses will not thrive if the current floundering security arrangement in the state is allowed to subsist.

In seeking to achieve this quest, he has promised to bring governance closer to the people, by ensuring that local government leadership is plugged back to true democracy, rather than the leadership-by-appointment anomaly foisted on the state by it’s current helmsman.

The linkages between unemployment and insecurity perhaps propelled his strategic plan for massive purpose driven skills acquisition and youth empowerment schemes, put in place to address the twin issues of job creation and insecurity.

Obviously conscious of the fact that the Uba candidacy offers the best chance for the APC to occupy Anambra’s Agu Awka Government House, a powerful pressure group, the APC Patriots, recently urged all stakeholders to close ranks, pull their strength and resources together to ensure resounding victory.

“In deed, rather than take recourse to recriminations, this, we dare say, is the time to close ranks, bond together and jointly work as a Team in the foreseeable march to Agu Awka Government House,” Ikenga Dozie Ikedife, the APC’s deputy governorship candidate in the 2017 election, and leader of the APC Patriots admonished.

In deed, as someone who has seen both the legislature and executive powerplay at the highest levels, Senator Uba, I dare say, will be an asset in working for the good of the state, having observed closely the pitfalls of leadership and the practical steps and manoeuvres that bring about democratic glory.

This is essentially why I urge my fellow Anambra electorate to be tactful and purposeful in making our choices come November 6.

Do we deserve more than the current government has offered? Yes.

Do we have the powers to make amends? Yes.

All that remains, dear ndi Anambra, is for us to make it happen by voting Senator Uba as our governor on November 6, 2021.