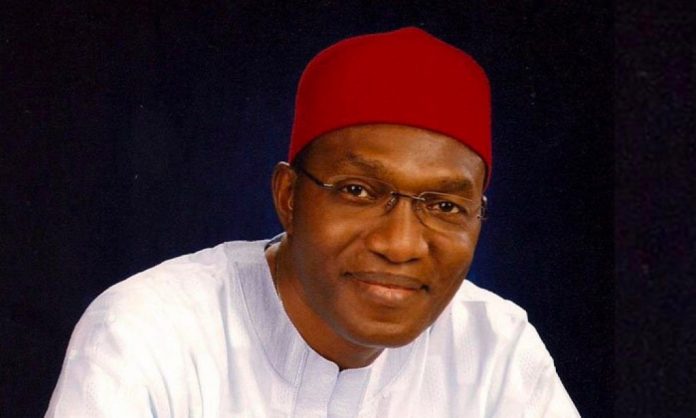 Senator Andy Uba, candidate of the All Progressives Congress (APC), in the coming Anambra State governorship election, has called for peace, unity and a “collective fight against forces of destruction and bloodletting, previously unknown to our society, but shockingly taking over our dear state, Anambra.”

According to a statement issued by Hon. Victor Afam Ogene, director, Media and Publicity of his campaign, Senator Uba made the call in his Independence Day message to the people of Anambra State, on October 1, 2021, as Nigeria marks its 61st Independence anniversary.

According to Uba, “What we are witnessing in our state in recent times is strange, an aberration, which is unacceptable. Violence and destruction is not who we are as a people. Killing a fellow human being is a taboo in our culture. Anambra is a peaceful, convivial state. This justifies its nickname ‘The Light of the Nation’. We should not allow our light to lose its rich illuminating presence on account of politics or any other interest.

“I wish to state with pride that Anambra has overtime, made Igboland and Nigeria proud by the uncommon exhibition of excellence in leadership by our forebears. And It is my desire that we do not regress further, but rather retrace our steps to the path of greatness to ensure that Anambra excels and make its hardworking people proud again – just like our great visionary forebears did in the past.

“May I remind you that our dear state, Anambra, ‘The Light of the Nation’, is truly blessed in every sense of the word. Rich in culture, fertile for agriculture and populated with people of great ingenuity in commerce, literature, science, sports, leadership and entrepreneurship. The tonic we need to soar is responsible leadership. And if our forebears lifted this flag of leadership excellence at the national level in the past – even before Nigeria’s independence – we can do the same, with a collective resolve to say no to mediocrity.

“We won’t forget in a hurry the contributions of our great leaders from Anambra in securing Nigeria’s flag independence in 1960.
For instance, the late Dr. Nnamdi Azikiwe, Dr. Akwaeke Nwafor-Orizu, both at different times President of the country and Senate President, respectively. I salute also the late M.C.K Ajuluchukwu, Mbazulike Amaechi, Igwe Osita Agwuna and Dr. Okechukwu Ikejiani, among others, who at the time sustained the fire for Nigeria’s nationalism.

“I also salute the people’s General, Ikemba Chukwuemeka Odumegwu-Ojukwu, for his leadership and sacrifices for our people. My respect also for the then administrator for the East Central State, late Ukpabi Asika, from Onitsha.

“Also, in the Second Republic, we remember and salute the candour of Vice President Dr. Alex Ekwueme, from our dear state and Chief Edwin Ume-Ezeoke, erstwhile Speaker of the House of Representatives. We will always remember with fondness our own charismatic Oyi, late Dr. Chuba Okadigbo, from Ogbunike, who was also a former Senate President.

“Anambra has always been a state of people of character, ideas and front-row leadership. We are not known for irresponsibility, violence, leadership failure or negative examples. Let us, therefore, extricate our state from these negative tendencies, by declaring our independence from them. Happy Independence and may Anambra progress.