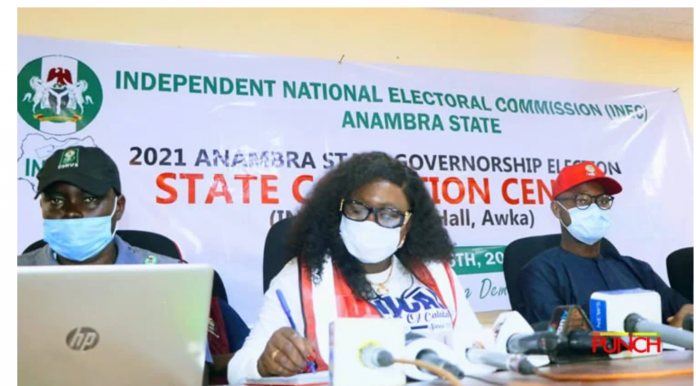 Total scores by all political parties

Speaking at the State Collation Centre at the INEC office in Awka, he said that he was teargassed when trouble ensued.

He narrated that the scoresheets were mutilated and he was made to sign a fake result under duress.

“I am lucky to be alive. I was teargassed and as a BP patient, I nearly lost my life. I was forced to sign a result which wasn’t collated by me. The Polling Officer, Comfort Omoroge, who worked with me, compromised.”

In her reaction, Omoroge stated that Otu was confused and didn’t know the difference between casting of vote and collation of results.

“This man (Onu) has not been involved in an election and it is obvious from the way he behaved on the election day. His actions put us at risk,” she added.