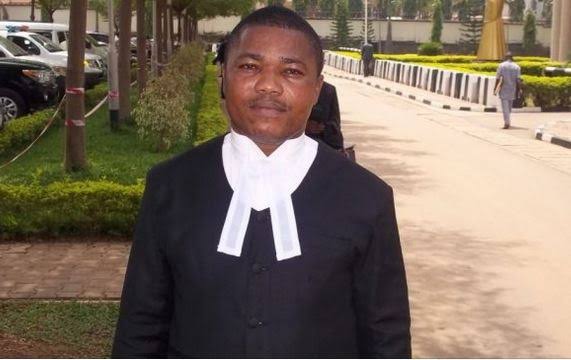 A group of suspected policemen on Thursday attacked and burnt down the home of Barrister Ifeanyi Ejiofor, the lead counsel to the leader of the Indigenous Peoples of Biafra Mazi Nnamdi Kanu, in Oeaifite, Anambra State.

Also, houses and shops around the building were set ablaze by the policemen, whom a narrator in the video said “ran away” after igniting the mayhem.

A video posted on Ejiofor’s Facebook page on Thursday night showed burning shops and houses and smoke billowing from within the compound of the lawyer.

He has been in a running battle with the police and Department of State Services over the killing of a police area commander in his hometown in 2020.

On December 1, 2019, policemen allegedly invaded his house, killed 20 persons and took their corpses away for burning at an undisclosed location.

In a separate incident, a combined team of DSS and police stormed the country home and allegedly abducted one of his personal assistants.

They reportedly shot him dead and set his corpse ablaze inside the car.

There was no word from the police over the latest incident.