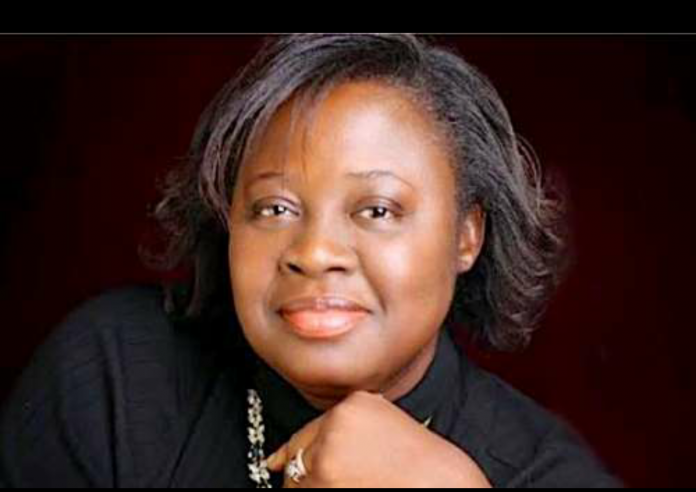 She died in her hinetoho, Nnewi, last week after attending a function with her husband.

The statement signed by the Commissioner for Information and Public Enlightenment C. Don Adinuba, reads: “The Government and people of Anambra State have received with shock the news of the sudden transition in the evening of Saturday, November 27, of Mrs Charity Maduka, wife of Dr Cosmas Maduka of Coscharis Group.

Mrs Maduka was not just the wife of the chairman of one of Nigeria’s most successful businesses but the co-founder of the Coscharis conglomerate. Coscharis is a neologism derived from the names, Cosmas and Charity.

The couple married at an early age in their Nnewi hometown with practically no financial resources and with limited formal education, but with hard work, vision, commitment and integrity turned their humble buying and selling business into a billion dollar conglomerate within a short period, with interests in automobile distribution, vehicle assembly, sale of fast moving automobile accessories, farming and so on.

The government and people of Anambra State were delighted when a few years ago the Coscharis Group decided to set up a humungous modern farm in the state in response to the government’s Think Home campaign which seeks to create or raise the consciousness of investors from the state about the imperative of establishing businesses at home.

Coscharis has today one of the largest farms in the Southeast geopolitical zone, and it is located in Anaku, headquarters of Ayamelum Local Government Area. The farm has a sophisticated irrigation system, complete with a modern big dam, thus enabling it to engage in both rainy and dry season rice farming.

Governor Bagudu came all the way from Kebbi to find out how Coscharis Rice Mill could process rice from his state, the largest rice-producing state in Nigeria. Stines Rice Mill in Amichi, Nnewi South LGA, has been processing the famous Lake Rice brand in for both Kebbi and Lagos states in their joint venture.

Coscharis Rice is among the best rice brands in the Nigerian market.

There are at least four important lessons enterpreneurs need to learn from Mr and Mrs Maduka, apart from their integrity, hard work and perseverance. They are frugality, unity between them, trust and intense spirituality.

Despite making a fortune over the decades, the couple has avoided ostentation and showmanship which has enabled it to have a high savings rate, a major driver of fast business growth and rapid national development across the globe. The Chinese enterpreneurs and Warren Buffet of the United States are ready examples in this respect.

It is heartwarming that fortune did not cause Cosmas and Charity Maduka to have a shaken marriage, in contrast to many other marriages in Nigeria and elsewhere.

It is also remarkable that they trusted each other absolutely up to the point Mrs Maduka breathed her last on Saturday. Mr Maduka has been quoted many times as saying that his wife could withdraw as much as N10 billion without reference to him or obtain credit to this amount unilaterally. Yet, there is no instance of how the high level of trust has been abused. As research has demonstrated, trust is not just a personal virtue but also the basis of prosperity.

In spite of their affluence, the couple is known for their intense spirituality. They have in recent years been seen preaching the gospel even in markets and parks. Their deep spirituality explains, to a large extent, their humility and integrity and other virtues which drive rapid business growth.

Governor Obiano has already called on Dr Maduka to commiserate with him on the death of his wife who was, indeed, his soul mate, pledging special prayers by him and his family for the repose of Mrs Maduka’s soul.

Chief. Obiano has, in addition, condoled with the chairman of the Transition Committee Chairman of Nnewi North Local Government, Prince Chukwudi Orizu, as well as the traditional ruler of Nnewi, Igwe Kenneth Orizu, over Mrs Maduka’s death.

“She was a worthy ambassador of the womenfolk everywhere”, said Governor Obiano.

“Mrs Charity Maduka is an eloquent testimony to the old saying that there is always a woman behind every successful man.

“She was an equal partner in progress in the strictest sense of the expression”, Professor Soludo declared.

“There is so much to learn from her”.