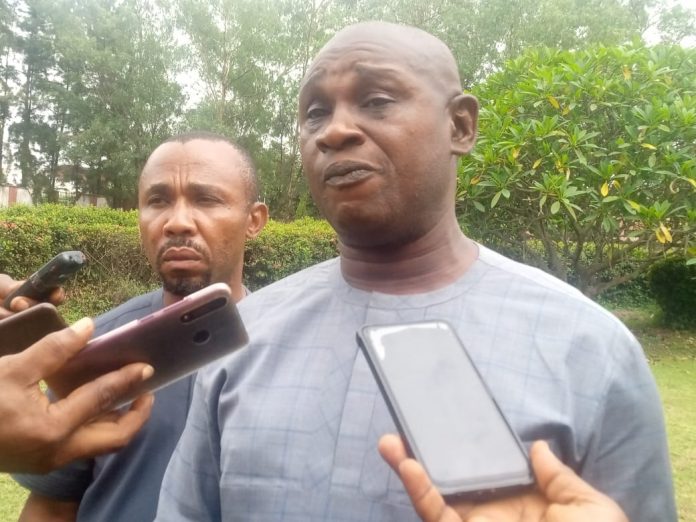 The lawmaker representing Idemili South constituency in the Anambra State House of Assembly, Chuka Ezenwune, has dumped the All Progressive Grand Alliance (APGA) for the People’s Democratic Party (PDP).

The lawmaker who decamped on Tuesday during plenary, cited marginalization as reason for his defection.

He said he took the decision after serious consultations with relevant stakeholders in his constituency.

“They advised me in the face the reality and marginalization of my constituency, that I should pitch my tent with the PDP,” he said.

Responding, the Speaker, Uche Okafor, wished him well in his new party and political endeavors.

“For everything there’s a reason. My happiness is that you made series of consultations before defecting,” he said.

Fielding questions from newsmen, Ezenwune said APGA is no longer a political party, but now a cult being run by cult leaders.

His words, “As a person that loves democracy, I don’t believe in such things. I believe that in a party, you have a contribution to make. But I must tell you, APGA is being run by four or five persons who take decisions for all.

“Aside that, after 2018 primary, I made up my mind not to run for any office under the party platform because of the ugly experience. My constituency has been marginalized for the past seven years plus.

See also PHOTO>IBB, Bala Mohammed, Lamido, Aliyu, Turaki, other PDP stalwarts in secret meeting in Minna
“I can’t point any dividend of democracy except the one I did as mine and the N20m chose your project initiative project. When I look at the budget and what accrues to my constituency, I can’t point at any two to three million naira project.

See also PDP commend PMB over 2nd Niger Bridge, Enugu Airport
“During the last congress, my supporters and I were excluded and I felt my future in the party is not guaranteed. I can’t continue this way. I don’t believe the wing of the cock is strong enough to fly me beyond Benue River.

“When we joined APGA in 2012, we believed it will grow beyond the borders of Anambra. What we’re experiencing so far is one step forward and ten steps backwards.

“I want to join a national party that will provide the platform. I can’t call APGA leaders Igbo leaders. I see it as a falacy telling people that APGA is Igbo party. It’s no longer nkea bu nkea anyi, it’s now nkea bu nke ndi ori.”