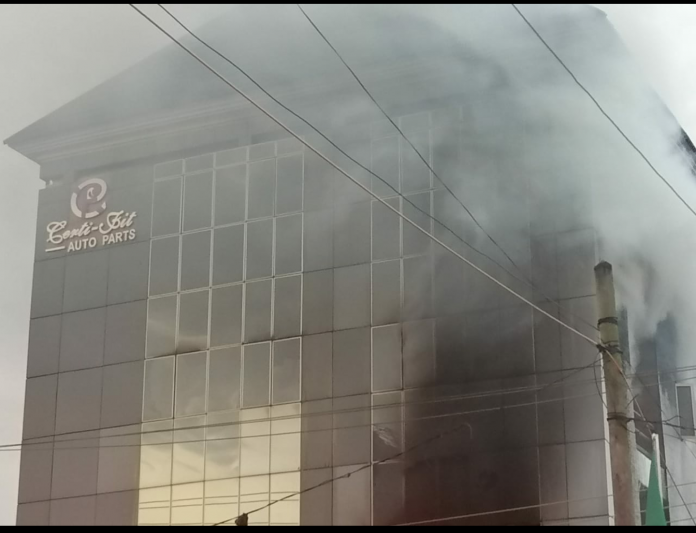 A fire outbreak at 85, Ladipo Street by Fatai Atere Road Ladipo Market since 11am yesterday involving a three-tsorey building has continued to rage till now.

The security fortification of the building has created serious obstruction to access the building which has already shown signs of safety concerns.

The building is said to contain assorted Toyota auto spare parts, according to an alert by the Acting Head Lagos Office of the National Emergency Management Agency, Mr. Ibrahim Farinloye.

The fire was said to have started at a furniture workshop behind the building with a electrical spark at about 10:45 p.m.

Neighbours claimed that they were not aware that the spark could lead to a fire.

But by the time they realised that it was a full fire outbreak, they could not handle it.

Before responders could arrive, the fire had spread to the three-storey building.

No causalty reported so far while operations are ongoing.

Two weeks ago, an explosion at an LPG plant where vehicles were being repaired claimed five lives.