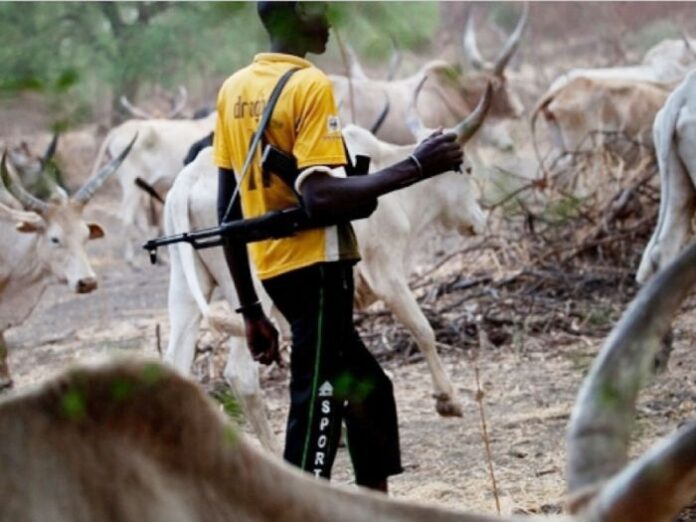 Gunmen have killed a herder identified as Goma Haruna and injured three others during an attack on a Fulani camp behind LEA Nomadic School, near Gwako village, Gwagwalada area council, Abuja.

A family member of the victims, Shehu Bala, said the gunmen, suspected to be kidnappers, invaded the camp around 12:34 am on Thursday.

He said some of the herders resisted the abduction, and in the process attacked one of the gunmen with a cutlass.

“They tried to abduct one of their kinsmen in which they resisted and engaged them with cutlasses.”

“It was in that process that one of the gunmen sustained machete cut, which angered them and they shot sporadically, killing a herder while three others sustained bullets wounds,” he said.

He said the gunmen left the camp after their target escaped.

He said the Gwagwalada Divisional Police Officer (DPO), CSP Tersoo Tile, who was later alerted came to the camp and conveyed the three injured victims to the hospital..

The secretary, Gwagwalada chapter of the Miyetti Allah Cattle Breeders Association of Nigeria (MACBAN), Mohammed Usman, confirmed the incident to our reporter.

She said the command was investigating the incident while the police are on the trail of the gunmen.

Phone: +2348154378732.
MetroStarng.com is your one stop portal for breaking news, entertainment, politics, business & opinion all across the world. We provide you with the latest news and breaking news as soon as they happen.
Contact us: metrostarn[email protected]
FOLLOW US
© 2017 - 2021 MetroStarNG.com. All Rights Reserved