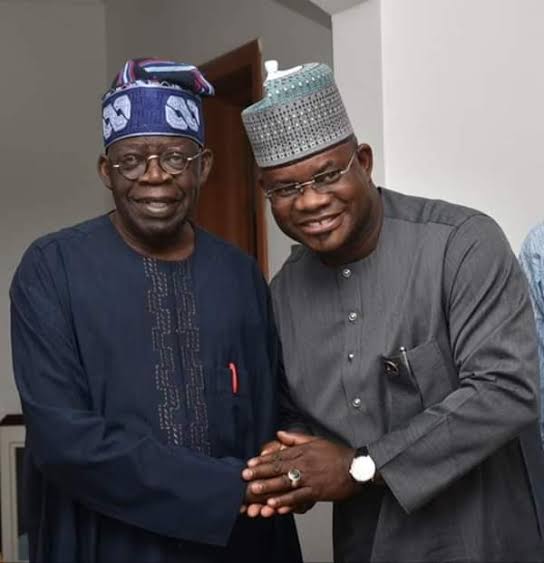 He said in an interview with Daily Trust that Tinubu would be expected to support a younger person.

Bello is rumoured to be interested in the race.

“Senator Tinubu is one of our leaders and I respect him so much. He has played a very significant role in Nigeria’s democracy and has built a lot of people. He has paid his dues, and with all respect as a son to him, my simple advice is that it is time for him to allow his children to take over the mantle of leadership. And let us do it to the glory of God and his admiration. He should see that those children he raised are now doing well. Let him see how we would manage this country in his lifetime.

“He has a right to contest, nobody is questioning that. I always urge everybody to respect him for the roles he has played in this country’s democracy. He is a man of integrity, to be candid,” the governor said.

Responding to a question on the possibility of Tinubu pulling out from the party if he is denied the presidential ticket of the APC, Bello said, “You don’t build a house and destroy it. I don’t think Tinubu would do that. I think he has grown past that. He is an elder statesman who will not say that the country should be destroyed in his lifetime, not even after his demise. So I don’t see him doing that. I don’t see that happening at all. I can speak for him, that at an appropriate time he will throw his weight behind a Nigerian youth to take over the leadership of this country while he would be behind the scene giving support as an elder statesman and one of the leaders of this party.”

On his 2023 ambition, he said he would give an affirmative answer at the appropriate time to those mounting pressure on him to contest for presidency.

But Senator Rilwan Akanbi, who represented Oyo South in the Eighth Senate and a key advocate of the Tinubu 2023 presidency, said Governor Bello’s comment was his personal opinion and he is entitled to it.

Akanbi, who is the vice chairman of the South-West Agenda (SWAGA), a group formed by Tinubu’s loyalists to champion the 2023 aspiration of the former Lagos State governor, said Bello and Tinubu, like every other Nigerian, are entitled to the presidency as long as they meet the requirements.

He, however, said it was the turn of the South, specifically the South-West, to produce the next president.

He also said the issue of presidency was beyond producing a youth, but the person must have the experience and track record to lead the country.

“Whatever Governor Bello said is his personal opinion and he is entitled to it. What we are saying is that the South should be considered; that is our first agenda, then we are pushing it to the South-West. He can keep on playing to the gallery.

“Everybody has the right to aspire. There’s no restriction as far as you can meet the requirements; and we have all met it. I am equally qualified to contest.

“But some people believe in maturity, capacity, capability and experience. It depends on the school of thought you belong to. And whatever opportunity you have been given to perform, your track record is very important. It will show whether you can lead a country like Nigeria,” Akanbi said.

Asiwaju is our candidate – Yoruba group

Also speaking, the president of the Yoruba Welfare Group (YWG), another Tinubu’s support group, Comrade Abdulhakeem Alawuje, said Nigeria required a leader with capacity and experience, and Asiwaju is the right person.

“We need Tinubu’s brain and mental prowess. If you have anyone that can match his capacity, present him here rather than crying like a baby. Tinubu is our choice, we stand by him.

“What is needed in a leader is not his age, but knowledge, character, experience and team spirit. The current American president, Joe Biden, almost fell down many times on a plane’s staircases in a day, yet he was not called to resign or impeached by Americans. Rather, he is moving America towards development and progress.

“His predecessor, Donald Trump, was also old, if not older than Buhari and Tinubu, yet Americans benefitted from his presidency.

“The president will not be in every state, but if he is a man with a good team, his impact would be felt in every village. All a competent leader needs to do is make his social, political and economic policies known, compiled by his equally competent team members, hereby called formulators,” the group noted.